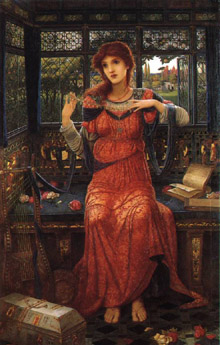 Grant and demise to John Tayllard - by mainprise of John Strodewyke of the county of Surrey and John Wasshford of London gyrdeler - of the subsidy and alnage of cloths for sale in the counties of Surrey and Sussex; to hold the same from Easter 4 Henry VI [31 March 1426] for 7 years, together with a moiety of the forfeiture of such cloths for sale, rendering yearly the £20 13s 4d which the last farmer rendered, and an increment of 6s 8d, at Michaelmas and Easter equally, and answering at the Exchequer for the other moiety of the forfeiture; with proviso that if any other person shall be willing without fraud to give more by way of increment for the said farm, than the said John Tayllard shall be bound to pay such larger sum, if he will have the keeping: and appointment of the said John Tayllard as alnager and collector.
By bill of the treasurer.

Commission to Richard Ode, John Cheseman of Kyngeston, Simon Rolf of Newdegate, John Hunte of Potenhith, John Schirle, John Hervy of Farnham, John Strodewyke of Hameldon, Stephen Balahorn of Dorkyng, John Milton of the hundred of Godle, and William Golderie of Miccham: to levy and collect from all cities, boroughs and towns, and from all secular lords of towns and other lay persons having goods and possessions, and from other both great and small in the county of Sussex, and also from ecclesiastical persons in respect of goods forthcoming from lands acquired by them since 20 Edward I, the fifteenth and tenth, payable at Martinmas next, and the third of a fifteenth and tenth, payable at Easter following, which the commonalties of the realm, of their free will and with the assent of the lords spiritual and temporal, granted to the king in his last parliament, especially for the defence of the realm, to wit, as great a sum as has heretofore been levied in like case, and no more, provided always that the said secular lords of towns and lay persons and have the money levied from the men themselves and answer made therefor to the commissioners; provided always that answer be made to the king for the whole sum at the terms aforesaid, so that the affairs of the realm be not delayed for failure of payment through their default. And order to dukes, earls, barons, knights, lords of towns, freemen, and the whole commonalty of the county, and to the mayors, bailiffs and commonalties of the cities, boroughs and towns, and to the sheriff of the county, to be intendant to the said commissioners; and to the sheriff to join with the commissioners in distraining those who refuse to pay.

Pardon of outlawry to Thomas Lovecock of Haselmere, county Surrey, taillour, and Agnes his wife, for not appearing before the justices of the Bench to answer Richard Strodewyk touching a plea of debt of 10 marks.
Sussex.

Richard Baylie and William Gawen, husbandmen of Tottington, indicted for larceny. On 31 October 1575 at a place called Blackedyke in Lyminster they stole 2 geese[?] from John Henshawe. John Alderton of Tottington yeoman is indicted as an accessory. Baylie and Gawen confessed. Alderton found not guilty.

Bond: Robert Strudwicke of  ..... yoman, to the Queen, in £20
27 January 31 Elizabeth
Portion of seal.
Condition: that if the said Robert do, from time to time, continue his personal appearance in the court of Star Chamber and do not depart till order be taken with him for the contempt which he hath committed, then the above bond shall be void.

William Stridwick of Ripley in Send tailor and John Tunstone of Send Cooper, indicted for disseisin. On 13 May 1592 they entered a tenement at Send called le Frame Land, and disseised Thomas Worfold and Laurence Godward, the freehold tenants. Pleaded not guilty.

William Tyler of Alfold labourer, indicted for burglary. On 1 May 1595 he burgled the house of Robert Streete at Alfold and stole 4s 1d in money. Guilty: to hang.
Robert Strudwick of Kirdford, county Sussex, yeoman, indicted for burglary. On 30 October 1589 he burgled the house of William Sturte at Frensham and stole £6 in money and several pieces of linen (worth £10). Hanged under the name of William Tyler.

Mary Stretwicke of Shackleford spinster, indicted for petty larceny. On 17 July 1595 at Tiltham in Shackleford she stole 1 Ib. of wool (worth 6d) from John Turner.
Confessed: whipped.

Quitclaim by John son of John ate Sydenie to John ate Lyghe of the parish of Alfold and Matillida his wife of lands and tenements which the grantor acquired of the grantee in the parish of Keuredeford (Kirdford), by the wood called Strodwyck, viz in the lands which Elberic Suetemelk once held and in the tenement which the grantee acquired of Adam his brother. To hold in fee tail. Witnesses: William de Croftes, John ate Sydenie senior, Robert Jakeman, William de Felyhurst, Robert ate Hulle, Robert Nychole, Robert Hamond and others.
Given at Aldebury on Wednesday after the Feast of St Leonard the
Abbot, 17 Edw son of Edw.
Seal missing.

Gift in fee simple by Isabella, widow of Adam Phylp of Kuredeford (Kirdford) to John Phylip her son of the same of Southlond, lying by Strodwykeswod on the east and between the highway leading from Pleystowe (Plaistow) to Strodwykeswod on the south and land of William Phylp called Ywyneshurst on the west and land of Richard Palsthudd on the north; and Aylbryghtes lying by Strodwykeswod on the south and between land of John Palsthudd junior on the west and land of Yfold on the north and east. Warranty clause. Witnesses: John Barkefold, John Mechewyk, John Prest, William Fylp, John Bettefold and others.
Given at Keuredeford (Kirdford), on Sunday after Easter 10 Hen IV
[14 Apr 1409]
Seal: device.

Assignment of a mortgage of £400 on lands known as Hutchhurst by Thomas Payne the younger and Thomas Barnard, gents of Petworth, Sussex, to William Wase of Datchett, Berks, gent

The property is described as 2 messuages, a barn, several fields, both arable and pasture, and woods, amounting to 140a, now in the occupation of Jacob Savage

Recites that the land was mortgaged by lease of 200 years by Henry Strudwicke of Idehurst in Kirdford, Sussex, yeoman, to Payne and Barnard, trustees of Strudwicke s creditors.

Dates for 5 payments of sums of interest, at c£12, are given, and the principal sum is raised to £412. Endorsed with a memorandum of receipt by William Wase of £150 of the principal sum, and £7 5s interest, and notice that the mortgage is now assigned to Richard Watts, 4 Jul 1663

Gift in fee simple by Richard Phylipp of Curdeford (Cudworth), to Thomas Lewkenor esquire, Thomas Tanke, esquire, Henry Strodewyke and Thomas Lukas, of all his lands, tenements, rents and services in Curdeford (Cudworth) or elsewhere which he inherited after the death of John Phylipp his father. Warranty clause. Witnesses: Edmund Dawtre esquire, Richard Dudleffold, Thomas Skynnere, John Aleyn, William Aleyn and many others.
Given on the Feast of the Nativity 1 Edw IV [25 Dec 1461]
Seal: device, imperfect

Feoffment to Uses, by John Fylypp of Pleystowe (Plaistow), Sussex, to Robert Osborne, clerk, vicar of the parish church of Kyrdeford (Kirdford), John Strodewyke of Ambelherst, John Napper of Grene, John Strodewyke of Kyrdeford (Kirdford), William Melersshe and Richard Strodewyke, of lands, tenements, meadows, pastures, woods, underwoods rents, reversions and services, in Pleystowe (Plaistow) in the parish of Kyrdeford (Kirdford) or elsewhere in Sussex, to the use of the said John Fylypp and Alice his wife and their heirs, and in default of such heirs, to the right heirs of the said John. Warranty clause. 3 Apr 3 Hen VIII [1512].
Witnesses: Richard Philylpp, Stephen Alyn, William Alyn, Edmund Brochurst and Henry Strasye.
Seal: device.

Gift in fee simple by John Dunhurste to John Phelyp son of Richard Phelyp, of 2 crofts, parcel of the grantor s land called Ywynyshurst (Ewhurst), the said 2 crofts lying between a wood called Strodewykeswode towards a wood called Swerewode and land of William Aleyn called Puryareslyth lying on the north and a field called Churchefeld on the west and land called the Mabyll on the south and land of the grantor on the east; also 4d rent and services arising from the Mabill late of William Okehurst. Appointment of Thomas Napper and Henry Strodewyke as attornies to deliver seisin. Warranty clause. Witnesses: Richard Shud, Thomas Strodewyke, John Brokhurste, Richard Aleyn, William Miller and many others.
29 August 3 Hen VII [1487]
Seal: device, imperfect.

Gift in fee simple by John Phelyp alias John Mylle of the parish of Wisbergh grene (Wisborough Green) to Richard Mose of the parish of Kurdeford, of 1 acre of land lying by the chapel of St Thomas at Playstowh (Plaistow) on the east and the highway leading towards Chydyngfold (Chiddingfold) on the west. Warranty clause.
Given at Lokyswod (Loxwood) on 18 February 18 Hen VIII [1527]
Witnesses to livery of seisin (endorsed): John Strodewyk alias John Whitspore, John Romfold and John Gunshudd and others.

Gift in fee tail by John Mechewyk and Richard Langgehurst to John Prest of Kurredeforde (Kirdford) and Alice his wife of lands and tenements with gardens which the Grantors have of the gift of the said John Prest in the parish of Kurredeforde (Kirdford). To hold for term of life, with reversion to John their son, and his heirs; in default of heirs to revert to the right heirs of the same John. Warranty clause. Witnesses: John Barkefolde, John Thornere, John Phylp, Richard Strodewyk, William Streter and many others.
Given at Kurredeforde (Kirdford) on Sunday after the Feast of the Holy Trinity 8 Hen V [9 Jun 1420].
Seal: armorial; 1 missing.

Gift in fee simple by Richard Philyp of Playstow (Plaistow), senior, to Thomas Arundell, knight, lord Mawtravers, John Dudley esq, Thomas Coumbe esq, and Edmund Dawtre, gent, of all his goods and chattels, moveable and immoveable, live and dead everywhere both within the county of Sussex and elsewhere in England.
Witnesses: Thomas Strodewyk, William Stretare and Thomas a Dene and others.
Given at Playstow (Plaistow), 27 September 16 Edw IV [1476].
Seal: red wax, device.