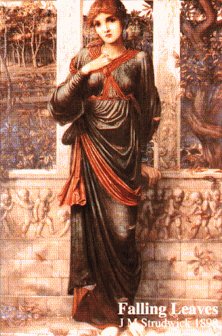 Lately, at his seat in the New Forest, Hampshire, Charles Strudwick, Esq; in the 102d year of his age. He acquired a considerable fortune in being agent for prisoners in the wars of Queen Anne, and George I. and II.

Pedigree and arms of the family of Strudwiche 6164 art. 1

Commutation of sentence of death on George Strudwick at Kingston-on-Thames for sheep-stealing, to 14 years transportation.

Commutation of sentence of death on Thomas Strudwick at Croydon for burglary, to 14 years transportation.

I hear that Mr. Stradwick and his lady are gone to London; they were determined to have each other. Dr. Hughes has been expelled the college, and he designs, if possible, to have a visitation, but it is the general opinion he never will be restored.

About a week ago I and my wife went to see the camp on Hounslow Heath, which did not answer our expectations, being nothing but a collection of idle fellows who continually plunder the neighbouring farmers, as though they were foraging in an enemy's country. It is generally wished that the great directors of affairs here would employ them in place where they might serve their county.

I set out for Dover, from whence we hired a ship to Calais, and having a calm when 20 hours at sea. At Calais we found my father, who (I had acquainted with my dsign of seeing France) came to meet us and gave us a kind invitation to his house here, which we accepted, and have been here ever since. My father has endeavoured to make this place as agreeable to us as possible by introducing us to all the people of fashion here, some of whom are persons of great distinction, by whom we have been elegantly entertained. The ladies are extremely fond of and polite to my dear Mr. Strudwick.

Source: Printed
Title: Human Longevity: Recording the Name, Age, Place of Residence, and Year of the Decease of 1712 Persons, who attained a Century, & Upwards, From A. D. 66 to 1799, Comprising a Period of 1733 Years. With Anecdotes of the Most Remarkable. James Easton London, 1799: 206

SUPPOSED MURDER BY POACHERS. At Hanford, near Trentham, North Staffordshire, early on Saturday morning [14 January 1888] a heavily laden cart passed over the body of a man who was lying in the middle of the road. He gave a groan and immediately expired. The cart-driver returned and recognized the man as John Strudwick, a gamekeeper, in the employment of the Duke of Sutherland. It was at first thought that the deceased had been run over on the previous night, which was extremely foggy, but further examination showed a deep wound in the skull on a part near which the cart wheels had not been. It is, therefore, believed that the deceased, who had on the previous Friday morning been to Stoke-upon-Trent to obtain warrants against certain notorious poachers, had been set upon by some of the latter, beaten about the head, and left on the road to die.

Yesterday Mr. Wynne E. Baxter, Coroner for the South-Eastern Division of Middlesex, resumed his adjourned inquiry, at the Mile-end Vestry-hall, respecting the death of SUSAN REBECCA STRADWICK, aged 84 years., lately residing in West-street, Mile-end, who was alleged to have died from injuries inflicted upon her by a young man named George Martin, aged 19, described as a labourer, of 23, Perring-street, Mile-end. Martin was remanded from the Worship-street Police-court on the charge of causing the death of the deceased. The facts of the case have already been published. The Coroner having summed up, the jury returned a verdict of "Manslaughter" against Martin, who was committed for trial on the Coroner's warrant. The jury also asked the Coroner to censure the two men who were with Martin. The Coroner stated that there was no evidence that they at all contributed to the assault. If they had they would have been equally guilty.

At the MANSION-HOUSE yesterday ARTHUR STRUDWICK, a working lighterman, was summoned for having, on the 6th of May, infringed the 16th by-law of the Thames Conservancy Board by employing one person only on board a barge above 50 tons burden for its navigation and management. The defendant pleaded "Guilty." It was stated that the defendant was in the service of Mr. Gingell, of Red Lion Warf, whose foreman had lately been fined 2o and costs for a precisely similar act. The defendant, replying to the Court, said he know he was breaking the law, but asked what he was to do if his master sent him out alone and refused to employ other men. Sir Robert Carden said after the caution he gave Mr. Gingell and his foreman last week he must impose a heavier penalty - viz., 3o and costs, and if any other cases came before him he should inflict still higher fines. The money was at once paid.